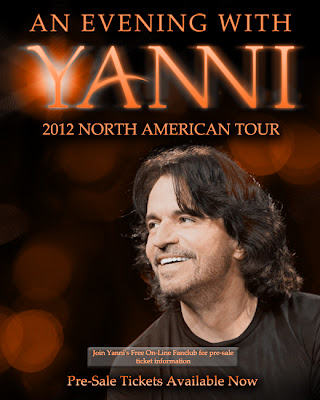 Fresh from a sold-out world tour, Yanni is returning to the United States and Canada with a brand new show for 2012!
Experience Yanni and his world-class orchestra as they perform classic concert favorites and the live debut of Yanni's latest album, Truth of Touch.
Rediscover Yanni's classic, Nightengale, as you've never heard it before.
Pre-sale tickets are available now to members of Yanni's Free On-line Fanclub. Be sure to join
YanniCommunity.com

Experience The Tour Like Never Before
New Episode Every Tuesday 1PM EST / 5PM GMT
On
YANNI.COM
Register At
YANNICOMMUNITYBETA.COM
!For Early Accesses .. And Bonus Features

The Eastern Eurpoe And Asia Tour Started Off Oh My God .... It's Amazing Tour

In Romania ,,,  The Open Air Zona Arena For a Moon Lit Concert Experience Like Never Before.

In Istanbul ,,,, The Concert In Istanbul, Turkey Was An Unforgettable Evening. Thank you for such a warm welcome

Hello everyone!
As you all know, Yanni's birthday is on November 14 and each year all the fans worldwide send their good wishes to him. This year, I have been given the honor of directing this project by YanniWake Entertainment.
This year, I will create  a video or video(s) and a slide show for Yanni's birthday  that includes content that is provided by all of you. This will be sent  to Yanni on a DVD in time for his birthday, and it would be wonderful if as many of you as possible could contribute to it.  This DVD is for Yanni's birthday from all the fans that he loves so much, so we want it to be classy, beautiful and bearing sincere greetings for this occasion. This is your chance to send him your own personalized birthday greeting! This is a birthday gift from you; I am merely the organizer

A Special Message from Yanni to the Fans 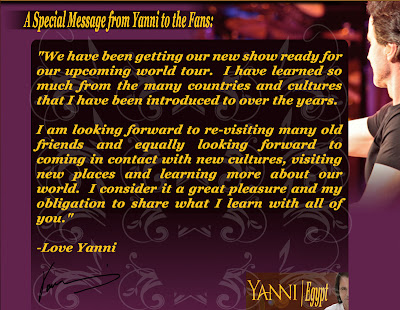 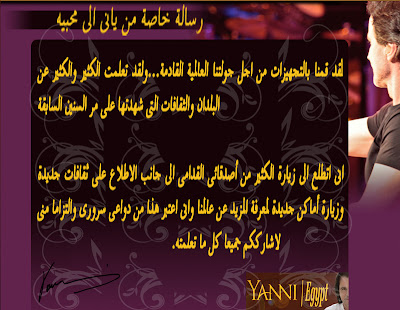 YEREVAN, AUGUST 22, ARMENPRESS:
World-famous musician Yanni will arrive in Armenia in the evening of September 22, and his concert will be held on September 23. "Invitro Production & VT Entertainment" production is the organizer of the concert. Zara Marutyan, assistant to the company's director, told Armenpress that it is not yet clear whether Yanni will manage to visit the picturesque places of Armenia, as he will be here for a short period of time. According to her, there is an initial agreement, according to which the musician will meet with Armenian journalists.
September will really be a busy month for Yanni. He has already presented the list of his concerts, where it is particularly noted that Yanni together with his orchestra will give a concert in Bucharest on September 14, on September 16 in Budapest, on September 18 in Istanbul, on September 23 in Yerevan, and on October 1 in Korea.
The concert in Armenia will be held in Karen Demirchyan Sport and Concert Complex. About 40 musicians will accompany Yanni during the concerts, Armenian outstanding violinist Samvel Yerinyan will be among them. The tickets are sold from August 10. They cost 7 000-60 000 AMD. 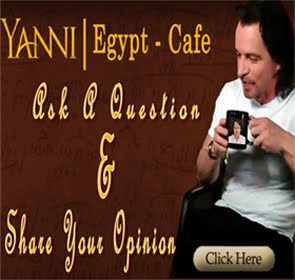